How are your staff dealing with customers? - The Conflict Training Company 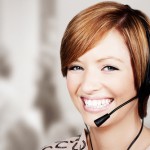 How are your staff dealing with customers? 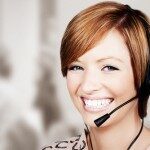 What a time. Got up twice during the night and went across the road. Dad telephoned twice. The first time it was just that he wanted his window shutting but his window was shut and I managed to get him to realise that. The second time he said he wanted to go to the toilet. Go you daft bugger I thought. ” I can’t, mum is on the toilet”, he said. I went over this time and the dawn had not yet broken; it was freezing. Mum was lying in the hallway between dad and the bathroom. She wasn’t in distress, she looked quite happy. He wasn’t too concerned about her but she was in the way. He could not get to the toilet and he was cross about that.

Something is up, mum has not been responsive for a few days. Neither happy or grumpy, just nothing. I have seen this before; she is not well I can tell. I manage to get her up onto to a seat in the hallway. Now Dad does not want to go to the toilet. I take mum into the bathroom. As mum is doubly incontinent it takes a while to strip her nappy off and then she refuses to walk into the shower. Nothing will persuade her. I clean her up with a flannel and a towel. Not an easy job when she wants to sit down. Forty minutes later I get her to accept another nappy and I manage to secure it in place.

I take her from the bathroom and she is happy to sit in her chair in the living room. I go and see what dad is fussing about in the kitchen. He is looking for matches to light the gas; gas that has been disconnected for safety reasons six months ago. Most times he is okay but lately sometimes he gets very confused.

When I go back to see mum she is trying to pull the dressings off her big toes. After weeks of trying to arrange a time for a chiropodist to visit, the person cut each of mum’s toes. Mother didn’t want the chiropodist to touch her feet and the accidents happened as a result of the wrestling match that ensued.

Mum has had Alzheimer’s for nine years. Dad’s condition has been diagnosed much more recently. Lately mum has not been well. I talked things through with the doctor yesterday and he said I should get a urine sample as she might have an infection – we have been here before.

It took me most of this afternoon to get a urine sample. I don’t have to explain to you the technical difficulties and absolute frustrations involved in doing this. When ‘successful’ I put the sample in the plastic tube and I put that into a jiffy bag. Traffic was mad but I got to the doctors at 4.45pm feeling all hot and flustered. There were two receptionists standing behind the reception. I was told by one they were now closed. I explained that I had a urine sample and it took most of the afternoon to acquire it. “That might be so but this is not a drop in centre”, replied the receptionist. I lost it. I screamed at her. I said things I should not have uttered. A doctor passing through the reception area eventually took the sample. When I got into my car outside I cried my eyes out. WHY CAN’T PEOPLE BE A LITTLE MORE UNDERSTANDING?

Thanks to Jean for her story. And thanks to the doctor for dealing with customers in a more understanding way.