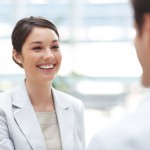 Anger is never without reason – but seldom with a good one”.  I love the above quote by Albert Einstein – and thankfully, you don’t have to be a genius to realise it’s very true. That said we’ve all had times when we get angry when really we know (at least later on), that really there was no reason to.

One situation I would get wound up about is that situation when you are driving up a narrow road and a car is coming the other way, so you choose to pull over to let the other car pass, but the driver DOESN’T SAY THANK YOU! No wave, no nod, no flash of lights, nothing! In that split second, I’d just make every judgement about driver; selfish, arrogant, rude, – all based on that one tiny moment. And of course I assumed they ALWAYS behaved like this, because they are “that sort of person”. (Evan though I had never seen them before!). I then got angry because I was on the receiving end of their rudeness.

However, one day I had an experience that changed my reaction to this situation. On my way home one night, after a long day (ironically providing Conflict Management Training), I turned in to a street full of parked cars near my home. I remember fiddling about with the radio as I turned in and when I looked up I saw the street was clear of traffic coming the other way. However, near the top of the street, one of the cars was badly parked, sticking out in to the road– and I tutted to myself. Then as I squeezed past this badly parked car I noticed the driver was still in it, so I gave him a disapproving look regarding his poor parking, shaking my head. However, as I drove on, it suddenly dawned on me; he wasn’t really parked at all, he had just pulled in to let me pass! I looked in my mirror and saw him pull out and carry on down the street. It was so obvious now, but I hadn’t noticed him pull in, as I was distracted when fiddling with my radio!

So this poor guy had been really courteous and pulled in to wait as soon as he saw me at the other end of the street, –  but not only had I not signalled a thank-you to him, but I gave him a dirty look! What must he be thinking about me? Imagine the conclusions he was drawing about me from my behaviour! Yet I regarded myself as the very last person who wouldn’t say thank you to someone letting me pass.  Conflict management training is my business after all!

So I learnt two things that day:

1) Don’t mess with the radio while driving.

2) Give people the benefit of the doubt and don’t make judgements about them based on one brief moment of behaviour. There may be an understandable reason why they have just acted that way. We all make mistakes.

So, now when these little things happen, I let it go. After all, what else can I do about it, apart from be grumpy for the next ten minutes thinking about it?! Who suffers from that? – Me! I’m just making the situation worse for myself. Now I just move on and the world is a happier place for me (and others)!