Managing conflict is no laughing matter! - The Conflict Training Company 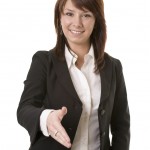 Managing conflict is no laughing matter!

A friend of mine recently flew over to Germany to visit some relatives. Being an adept of ‘travelling light’, she had only brought cabin luggage with her. But in that one small suitcase, she had tried to sneak through a jar of homemade jam. Now, this friend knew full well she was taking a risk; she knew of the strict ‘no liquids above 100ml’ regulation but she counted on the following: 1. Maybe naively, that the jam jar would not show up as ‘potentially dangerous’ on the x-ray; 2. If it was spotted, she could argue that jam is not a liquid (and certainly not a potential weapon!); 3. If all else failed, she would appeal to the heart of the airport control officer, looking as innocent as possible, and plead with them to make an exception.

As you might well have guessed, option number 1 didn’t work out. Option number 2 didn’t work out either. And neither did option 3. Of course you may be relieved to know that airport controls are really that thorough and strict. After all, it’s in everyone’s best interest. On the other hand, option 3 could have been handled a lot better by the officers at hand, as I’ll explain.

The airport control officers were visibly not impressed that this was a jar of jam that had been lovingly and time-consumingly made by my friend, and that she had been looking forward to make a gift of it (not to me unfortunately!). I can understand that – they can’t be expected to empathise with every passenger’s little idiosyncrasies (although that wouldn’t be a bad thing). The problem for her was that they then went on to have a good laugh about it, rallying in some colleagues to make jokes about the ‘silly’ passenger who wouldn’t let go of their jam jar – in front of her.

I’m sure this was not meant to be hurtful; they may have found the situation genuinely funny (I know how stubborn my friend can be!); they may even have been taught to use humour to defuse tricky customer situations. But in doing in so, they totally ignored her feelings: disappointment, anger, embarrassment… Worse still, they made her feel even more stupid than she already felt for making such a fool of herself.

Whenever you have to say ‘no’ in a situation, you have two choices. You can stay safely in your camp and doggedly insist on the rule (official or unofficial) that has to be applied – and then get impatient with the other person’s inevitable negative reaction. Or you can dare a step into the other person’s camp and acknowledge what this ‘no’ might be doing to them. You are not changing the result – ‘no’ is still ‘no’, but you are giving the other person a chance to feel seen and respected.

In the end, all it would have taken the airport control officer was to add a genuine ‘I’m really sorry’ to the enforcement of the regulation, rather than the unspoken ‘you should have known better’ that came across. Nobody likes a self-righteous authority figure, it tends to kick off the rebel in most of us, and that does not lead to happy, co-operative customers.

And by the way, humour only works in defusing conflict if both sides are laughing. Laughing ‘at’ is the opposite of laughing ‘with’.