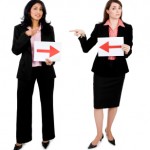 How to manage conflict when speaking different languages

A Greek woman told me recently that Greeks habitually talk over each other in almost any situation (maybe it was just her family) – clearly a behaviour that would horrify the British if treated in the same way! This made me think about the difficulties of cross-cultural communication, especially when there is a language barrier. The challenge is that, even with all the good will in the world, miscommunication is bound to happen in such a context, which can easily lead to conflict or aggravate an existing conflict.

Culture is the mix of ideas, attitudes and behaviours that helps us make sense of the world around us, our place in it, and our relationship to others. It’s like a set of lenses that shapes what we see, hear, say, understand and interpret. And our lenses might be very different from the ones of the person opposite us.

When attempting to communicate across cultures, and especially in the absence of a common language, the importance of non-verbal clues becomes magnified because we tend to focus more on non-verbal clues when verbal messages are unclear or ambiguous. Luckily, some elements of non-verbal communication are consistent across cultures. Research has shown that the emotions of enjoyment, anger, fear, sadness, disgust and surprise are expressed in similar ways by people around the world (what changes though is which emotions are acceptable to display in which settings and by whom).

But of course there are many other cultural dimensions that hold different interpretations of what is appropriate, normal and effective in communicating with another person: amount of eye contact, amount of personal space, directness/indirectness, meaning of hierarchy, ways of saving face… Given that most of us are not cross-cultural experts blessed with enough time and energy to familiarise ourselves with many different types of cultures, how can we best handle such culturally tricky situations with customers?

The difficulty is not so much in the different communication ‘rules’ that are applied, but rather in the judgment both sides make of them. If you are standing closer to me than I am used to, I might think of you as being pushy, overbearing and inconsiderate. If you are holding yourself further away than I am used to, I could think of you as being cold, stand-offish or uninterested. There is no objective correct distance between us; there are just different interpretations of it.

Your best bet is to practice cultivating an open mind and a projecting a positive and receptive mood – these attitudes will transpire in any conversation, however difficult the technical aspect of communication. People are usually able to tell whether you are genuinely trying to help and being respectful of them as a person, whatever language you are talking in.

A good dose of self-knowledge and self-awareness will come in handy here, as you’ll want to be monitoring the “signals” you might be unwillingly sending out. For example, some people have a tendency to frown when they concentrate on hearing or understanding something. This can easily be interpreted as disagreement or displeasure, even by someone from the same cultural background!

Also keep a close check on your own assumptions and the ways you can jump to false conclusions – I find that giving people the benefit of the doubt as to their intentions usually swings the scales in favour of a more positive exchange.

From a wider perspective, the project of understanding each other in all our abundant diversity is both daunting and important. If we chose to tackle it with curiosity and humility, we will no doubt be surprised to find that, in the end, we all have more in common than we thought.