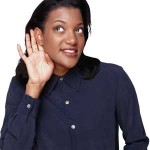 How to use “You” and “I” in Conflict Management

Before a recent holiday this summer, I was in the airport departure lounge and happened to find myself next to a couple arguing. It was one of those arguments where they were ‘shouting in whispers’ through gritted teeth, trying not to draw attention to themselves.  Anyway, despite being on holiday and not really wanting to think about conflict management training, I couldn’t help noticing they were doing something really common when people argue; they were over-using the word “you”.  It was all, “You did this”, “You never do that”, “You should have…”. It reminded me about one of the simplest changes you can make in your behaviour to avoid conflict situations arising – or indeed escalating.

When you start a sentence with “you” during a disagreement, it immediately puts the customer on the defensive, as you are making the issue all about them.  This can cause the customer to  retaliate, usually in the form of a counter statement also starting with “you”.  Then things can just escalate into a full-blown conflict situation. However, by changing just one word, namely, “you” to “I” it can make a huge difference.

If you can use “I” wherever possible rather than “you” – particularly at the start of sentences, it changes the tone of everything that follows. For example, instead of saying something like “You didn’t return the forms”; say “I was unable to process the claim without the forms being returned”. By doing this you are no longing ‘attacking’ the person, thereby making it less likely they will disagree with you and argue a point. You are now merely stating a fact that is about you, not the other person.  Although you’ve still used “you” in the middle of the sentence, you’ve started it with “I” which makes all the difference. You’re not blaming, you’re just stating. This approach is much more likely to illicit a more considered and certainly, less defensive response from the customer. It’s a simple strategy but a very effective one.  So, “I” is always, better than “You”, yes? No, not always…

Sometimes when dealing with angry customers and wanting to appear understanding, we naturally tend to say something like, “I understand how you feel.” The trouble with this is then the customer automatically thinks, “No, you don’t know how I feel because you are not me. You haven’t had to go through this. I have!” And that can make them even angrier.

So, in these situations, try reflecting back feelings such as – “You are angry because you feel we should have responded sooner, I can hear that” .  By doing this you are acknowledging their anger (attaching it to them) rather than trying to put yourself in their place (attaching it to you)

So to conclude; beware of your “I”s and “you’s, they can make all the difference to conflict management! And as for the couple in the airport; well my gate was called and off I went to catch my plane. They may still be arguing in the departures lounge now!